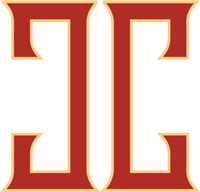 Such a simple thing for experienced cigar smokers, but cutting a cigar can be an obstacle for some.  On a slow night I was sitting at the bar catching up on administrative work, when in comes one of our regulars.  He grabs a Padron 1964 Anniversary Diplomatico, cuts the cigar (I did not watch him) and sits a couple of stool spots away from me.  We talk about the day and some other things, next thing you know, poof the cigar was turned to ash.  I say to him “man you smoke fast”, in which he replies “yes I do”.  When I look at his cigar, he nearly shaved 1/4 inch off the top almost to the end of the cap.  I told him that he was lucky that the cigar did not unravel on him.  He had no idea what I was talking about.  I pointed out his cigar and then showed him the cap on mine. I explained that if he was to cut below the cap of the cigar it would probably become useless, since it would unravel.  He asked me to show him the correct way to cut the cigar.  Obviously, he would have probably never asked if other people were at the shop, but he did.  I went on to tell him that Padron Cigars have a very thin cap, very delicate, and that Padrons have great airflow and craftmanship.  He only needed to trim just a bit off the top of the cap.  He did as I said and poof, his cigar became an enjoyable lasting experience.  Just like Padron’s, Oliva Melanios, some My Father Cigars have gone through the aging process and that makes the cap and wrapper thin, so you have to be careful how much you cut.

If you have a guillotine cutter without a backing, feel free to use a flat surface and use it as a stop for your cut.  If you have a punch, be careful and use circular motion to cut the cigar, don’t just push through the cap because  it will crack.  If you have a VCutter, these are what I call “dummie proof” and have a backing, but be sure that its a good VCutter because you might also tear the cap as you dig into the cap.